City in the spotlight: Thessaloniki

Thessaloniki is the second largest city in Greece with its 325.000 inhabitants. Like the rest of Greece, the economical important city was also affected by the financial crisis, thus, 20% of the inhabitants are unemployed (2018).

Currently, 79 inner city bus lines operate, which ran 28.7M service vehicle kilometers in 2018. Until the metro system is finished, buses are the main mode of public transport in Thessaloniki. The underground transport system was delayed for various reasons, including archaeological excavations and the financial crisis. The existing bus network is widely used, thus, public transport accounts for 40% of the modal split, with private cars, motorbikes and taxis occupying 39%, and 21% of trips are done by bike or foot. Surveys found that especially biking is strongly influenced by the seasons, thus, the preferred seasons are spring and autumn with pleasant temperatures and few rain days. 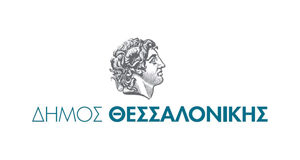 These preferences for cycling were also understood by ThessBike, a station-based bike sharing, operating 200 bicycles and eight stations around the city. These patterns are probably similar for the use of e-scooters, which are offered by two companies throughout the Greek city. In addition to these potential of emerging transport solutions, taxi services are offered by a pilot taxi-sharing service is implemented within the framework of the EU-funded Galileo 4 Mobility project.

Like Madrid, Thessaloniki also aims to update its SUMP, which would include scenarios for 2023 and ‘28. One of the main challenges to be tackled is the safety of citizens and the lack of a dense public transport network in some parts of the city. Besides the implementation of the SUMP in general, the restructuring of the public transport network and promotion of walking and cycling by infrastructure investments are the major challenges.

MOMENTUM is supporting the city by assessing the role of ride- and bike sharing, as well as micro-mobility. Thus, the impact of the GALILEO4MOBILITY project and micro-mobility will be measured in the central and peripheral suburbs. MOMENTUM aims to answer the following questions:

You can find out more about which cookies we are using or switch them off in settings.